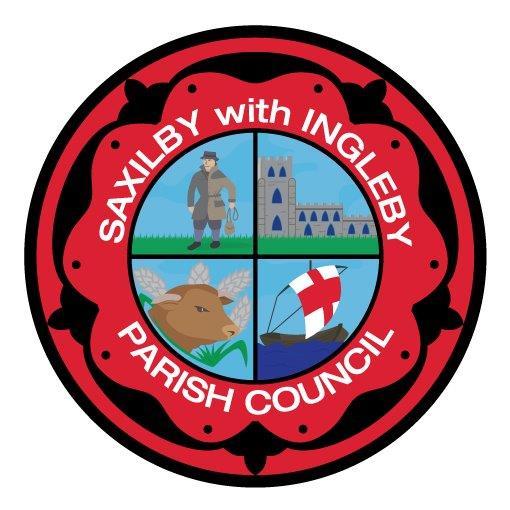 No one could argue that this past year has not been difficult for all of us. We have been faced with many challenges and an unprecedented period, with no previous experience of how to deal with a pandemic in a modern age of travel and mobility.

It is ironic that before the pandemic really hit and lockdown began, the Parish Council had tested its Emergency Plan with the Lincolnshire Resilience Forum, carrying out a table-top exercise. We didn’t actually practice for a pandemic, but for an explosive incident in the parish.

The Plan was found to be sound and was revised in some areas. Fortunately, some of that Plan was put in to action when lock down one started and in consultation with the members of the Emergency Plan Group, the Chairman of the Council and the Clerk had executive powers to take decisions as the council was unable to meet due to the restrictions.

One thing we learned was about communication; and though we have not necessarily got it right yet, Parish Council Comms have improved thanks to Councillor James Willox who has taken a lead on this. We are trying to communicate more, and the lesson learned was that people did not always know what we were doing behind the scenes. We were criticised for this - the Sturton response, more open, was held up to us as a good example. Actually, much of what they were doing was being done here too but we didn’t communicate well, lesson learned.

Eventually there was an act of Parliament that allowed Councils to meet virtually (via Microsoft Teams or Zoom etc) and that allowed the public to join as well, which had been the stumbling block and until that was sorted formal meetings were suspended.

Once the meetings resumed I relinquished the role of Chairman of the Council which was held for nearly two years and Paul Stafford was elected Chairman.

Since the allowance of virtual meetings, the Parish Council conducted formal meetings for Full Council and committees, and continued business as usual as much as possible. This was the credit of everyone who was involved, as some parishes have not held meetings at all or for some very few meetings.

Things we thought could not get any worse; the Community Centre was closed with no ability to allow those who hire the facilities for many activities from carpet bowls to Pilates, to changing facilities and the library to use them due to lockdown. The bar was also closed, due to restrictions on social meeting and gathering.

Then we had a disastrous fire in the Community Centre on 8 May which was caused, it is thought, by an electrical fault. While the fire damage was not extensive, though bad enough, extensive damage was caused by smoke and the attempts to extinguish the seat of the fire.

That rendered the building unusable and even in periods of the year when lockdown was eased the refurbishment of the fire damage was ongoing.

We are now beginning to see light at the end of the tunnel, with the Community Centre being handed back from contractors and facilities being reinstated for public access and use based on the Government roadmap out of lockdown.

The Council has maintained its finances, in an extremely challenging environment, and these are well scrutinised by an independent financial auditor on a monthly basis and also annually by external auditors appointed by the Government. The accounts are open to public scrutiny in-line with the local government rules and can be viewed by appointment.

In this past year the Council also determined to look at precept increases and to deliver a balanced budget. We are often criticised for having the largest precept in West Lindsey. But few local councils do as much as Saxilby and while not everything is obvious, if the Council didn’t do those things, then you would soon notice. May be there is a case for more comms around that.

The Council agreed that in-line with other tiers of councils (District and the County Councils) it would look to increase precept by no more than 3% year-on-year, or the rate of inflation, which ever was the greater. It means that budgets are tight and there is no slack.

Always remember your precept payment is spent in your village whereas your Council Tax to WLDC and LCC is spent anywhere in their council areas, which is not always local to where you are.

The Big Community Survey was undertaken with over a 50% return rate (based on number of completed surveys and households in the parish). Surveys were anonymous and data checking took place to ensure duplicate returns were not made. The survey provided a true picture of what was important to residents.

This has will help formulate budgets and the areas for the Council to concentrate on, and alongside the Saxilby with Ingleby Neighbourhood Development Plan sets the direction the people want the Council to take.

It is right to emphasise that the way we go has been determined by the residents and not the Council and it is the residents who have set the priorities we follow.

Much criticism has been around the bar in the Community Centre, with the ‘for’ and ‘against’ lobbies being as vocal as each other. There has never been a plan to close the bar as a facility.

The survey has given us a direction of travel and new methods of operating the bar are being looked into. This will be able to be communicated in the fullness of time, but at present we have to accept that some of that forward direction is commercially sensitive and has to remain confidential accordingly.

We have said goodbye to several councillors over the year and thank them for their dedicated service during their tenure of office. Equally, we have welcomed new councillors in their places and wish them well in their time as councillors.

The strength of our community cannot be better exemplified than by the work of the Community Support Scheme which has provided such valuable support and assistance for older and more vulnerable people in our Parish during the pandemic. Operated by SIGNS (Saxilby & Ingleby Good Neighbour Scheme) and supported by the Parish Council, along with grants secured from WLDC and LCC, the scheme has delivered 802 activities (as of 28 April 2021), has 132 clients and 22 volunteers. Volunteers have undertaken shopping, accessed Post Office services for clients, ordered and collected prescriptions and ‘checked in and chatted.

The Neighbourhood Development Plan (NDP) Working Group has had only two remote meetings due to the pandemic. The NDP was developed in 2017, and whilst we have completed a few minor alterations, it is due for an update in 2022. We will be applying for Locality Funding later this year to do this, alongside updating the Character Assessment of the parish to reflect the impact of the 363+ new dwellings.

Our community projects stem from the list of 47 projects which were identified through extensive consultation undertaken in the production of the NDP. We have completed – or are in the stage of completing - ten of them, with many progressing despite Covid-19 having a profound effect on us all.

We have made improvements to the rose garden at the burial ground, planting new roses and adding a gravel surface edged with brick. If we can secure funding, a yew hedge is hoped to be planted inside of the brickwork

We have recently introduced a mentorship scheme for new councillors where experienced councillors provide advice and offer support.  This will be evaluated to see if it gives the Council more stability and benefits councillors adjusting to their new role.

Community Engagement remains one of our key objectives, and we have improved our communication by having a Comms Team to update our residents with posts and comments on social media.

We still have two vacancies for councillors, further details are on the website.

Finally…
We could not have achieved any of the above projects without our staff who work tirelessly for you, our residents. Our thanks go to them.

Item from the report for the Annual Parish Meeting.